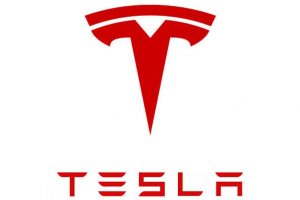 In a first for the automaker, Tesla has agreed to buy batteries from Korean battery supplier LG Chem for models produced at its new Chinese factory.

The news was first reported by Bloomberg, citing people familiar with the negotiations.

After buying batteries from Panasonic as its exclusive supplier Tesla has been casting about for new suppliers for the factory it is building in Shanghai to produce versions of the Tesla Model 3 and the upcoming Model Y for Asian buyers.

Other news reports on Friday suggested the LG factory may be ready to open as early as the end of September. Tesla CEO Elon Musk told investors in a conference call this spring that the new factory will begin producing cars in November. The company hired its first wave of employees this month, according to CleanTechnica.

The agreement would bring to an end Tesla’s exclusive supply relationship with Panasonic, which was widely expected. The contract will also not be exclusive to LG Chem, so other battery suppliers may eventually supply the Chinese factory as well.

According to the report, LG Chem will build batteries in the cylindrical 2170 format used in the Tesla Model 3 and the upcoming Model Y.

The batteries will be produced at LG Chem’s factory in Nanjing and shipped 200 miles to Shanghai rather than produced onsite (as Musk has expressed a preference for), in order to pull production forward to avoid retaliatory tariffs that China put on U.S.-made cars in response to new tariffs President Trump imposed on Chinese imports, the Bloomberg sources reported.

Read the full story on www.greencarreports.com