You are here: Home / Industry News / Lead Measured In Teeth Of Kids Near Former Battery-Recycling Plant 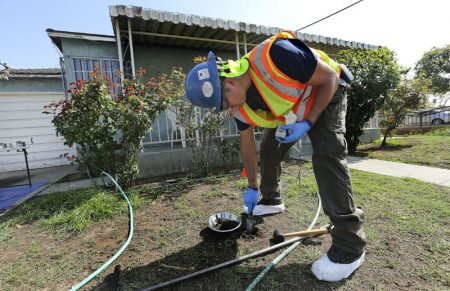 Children living near a former car-battery recycling plant in Los Angeles have lead in their baby teeth at levels that track with neighborhood contamination, according to a study of exposure to the toxic metals in the womb and during early childhood.

Elevated levels of lead and arsenic have long been documented in the air and soil surrounding facilities that recycle batteries. The Exide plant, located just southeast of downtown Los Angeles, recycled 11 million car batteries a year and released 3,500 tons of lead over 30 years. It closed in March 2015 as part of a legal settlement for hazardous waste violations, researchers note in Environmental Science and Technology.

Blood tests have previously documented the presence of lead and arsenic in people living near battery recycling facilities, but lead only lingers in the bloodstream roughly four weeks after exposure.

To examine prenatal and early childhood exposure to lead and arsenic, researchers tested 50 baby teeth from 43 children whose parents had signed on to the “Truth Fairy” project and donated one or two teeth their kids had shed. The families all lived within two miles of the Exide plant.

“All the children we measured were exposed to lead before they were born,” said lead study author Jill Johnston of the Keck School of Medicine at the University of Southern California in Los Angeles.

Effects of Lead on the Human Body

“Lead is a well-known toxicant that harms brain development, even at very low levels,” Johnston said by email. “It is linked with aggressive behavior, ADHD, and delayed learning, and . . . lower birthweight.”

There is no safe level of lead exposure for kids.

Lead paint remains the most common source of lead exposure for U.S. children, Johnston said. But the tonnage of lead-acid batteries recycled in U.S. smelter facilities has more than doubled over the last 40 years and the U.S. is the second largest producer of recycled lead in the world.

Where Does the Lead Come from?

Batteries crushed and melted in smelters can release dust that escapes into the air through factory smoke stacks and then settles in soil and on surrounding roofs and yards. People can then be exposed to lead by breathing contaminated air, playing or working in the yard, or by contaminated soil brought into the homes by wind, pets or shoes.

Baby teeth grow in layers starting in the middle of pregnancy and continuing into the first year of life. The layers of enamel on the exterior of the tooth look a lot like tree rings, allowing researchers to see if and when children might have been exposed to pollutants like lead, including after birth, when infants have a high risk of exposure from crawling and putting their hands in their mouths.

In addition, researchers examined state records on soil contamination in the neighborhoods where the study participants lived. They found half of the soil samples tested had lead concentrations of at least 190 parts per million (ppm), more than double the state cap of 80 ppm. Fourteen percent of the soil samples exceeded 400 ppm.

Of the 43 children, 20 also had detectable levels of arsenic from prenatal exposure and 17 kids had evidence of post-natal arsenic exposure.

Limitations of the Study

The study focused on whether environmental lead levels correlated with the evidence of exposure in the teeth, and didn’t compare the kids’ lead exposure to that of other children in neighborhoods without a nearby battery plant.

It also wasn’t a controlled experiment designed to prove whether or how the Exide battery plant contributed to lead or arsenic exposure in nearby families, nor did it assess specific negative health outcomes from lead exposure.

Still, the connection between lead in baby teeth and industrial pollution is plausible, and has been documented in many other studies, said Aaron Reuben, an environmental health researcher at Duke University in Durham, North Carolina, who wasn’t involved in the study.

“Lead deposited in soil near homes will find its way into the bodies of children, whether through inhalation of dust or ingestion of soil,” Reuben said by email. “I am left with little doubt that children in this community are being exposed to higher levels of lead than their neighbors whose soil was not contaminated in the past.”

Read the full story on www.reuters.com 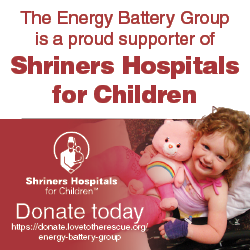